“Well since the Charizard has not going back to us why don't we introduce each other?” “My name is Fay.”

Zane’s eye flinched, but he just managed to fend off a scowl. This was his best shot at first impressions. He needed to be cordial even if the conversation just got set ten centuries back.

The extra two sentences would surely kill him. “Hey, I’m Zane the zangoose. This is...” how the hell did she pronounce it? Right, green hair. “Kiwi.”
P

“Cuicatl Ichtaca,” she corrected. “And did we know each other before, Zane?”
Poll up in the Alola Dex thread for one shot/alola dex entry I should work on over the summer. Closes on the 17th of May.

“That’s what I said,” Zane corrected her correction. “Cue-Queueweh,” names were a meaningless social construct anyway. “Can I just call you Kiwi?” He was pretty sure they hadn’t met before, but admitting that wouldn’t help him force a nickname onto her.
P

“KWEE-COT-ULLLLLLL.” She sighed. It was a strange sound coming from her new mouth and throat. “But Kiwi is fine, if you must.”
Poll up in the Alola Dex thread for one shot/alola dex entry I should work on over the summer. Closes on the 17th of May.

There was no need to be rude about it. “Thanks,” Zane huffed. Pretty insensitive for her to so emphatically correct him, but he decided not to press the issue.

Changing the subject, after all, seemed much easier. “You know anything about Fire-farts?” He needed an insulting nickname to enact the full breadth of his revenge, so he was trying many out. This was probably his worst one.

Ashwood was struck by lightning and suddenly falling toward the ground. They threw out their arms to save themself, managed it, but... wait. They looked down onto something they couldn't quite sense sense of. A pair of oval-ish stones, with little blue-ish nubs sticking out from under them. Something in their stomach spun. A strange feeling, like they had woken from a falling dream, disoriented and struggling to put things back in order. Their body tingled, and those rocks were where their arms were --

They flexed their fingers. The blue nubs did their best to obey.

They instinctively jumped to their feet, but something overbalanced and they started to topple. They stumbled and just barely managed to save themself.

Ashwood was a Pokemon! They tried to look around to see where and what they were, but they couldn't look down. Or up. They could turn their head from side to side though, with more range of motion than they had had before. Around them, there were some of the Pokemon from before. Also new ones. Other humans transformed?

Craning their body as best they could to try to study their new form, they realized introductions had started. They said, "Um, I'm Ashwood. That human from before."

Ashwood realized they didn't have a mouth. Instead, their head vibrated like a speaker when they spoke. They cut off and threw their hand to face; their fingers and palms scraped rock against rock. No facial features of any sort, just flatness, even when they passed over their vision. They flinched, yanking their hand away.

But... despite how weird this all was, it also felt right? Cautiously, they began inspecting themself again. Their sense of touch was... roughened, somehow.

"Do we got like a mirror or something?" They stared at their arms and hands again, just large stones with three clay-like fingers attached. Something must connect the rocks to their torso, but they couldn't see what. "Anywhere?"
P

“I have the same problem. Similar problem. I do not know what species I am. You sound mechanical? Like a steel type? And you smell like death.” She thought that was death. For some reason. Something in her new instincts was sure it was. Although that was an insult. Like Zane. “I’m sorry. I didn’t mean it like... that. My name is Cuicatl. I was also human.”
Poll up in the Alola Dex thread for one shot/alola dex entry I should work on over the summer. Closes on the 17th of May.

"I smell like death? Okay, my breath smelled like that as a human so -- wait." The pieces came together. "I think I'm a Golett."

They laughed. Or... kind of laughed. It felt like a laugh, mostly sounded like one, but the mechanics were different and accompanied by a weird swirling in their head. It felt right, though.

"Thanks, Cuicatl." They weren't a dick so they would get the name right. They thought they mostly pronounced it correctly too. "You... you're that green-haired girl, right? I remember you. I also think I recognize what you are too. A Deino. It's a dragon dinosaur type thing."
P

“I know what deino are.”

This was perfect. She was a deino! A dragon! A real little sister to Alice! After everything that has happened in the last year... well, no, still not worth it. But she felt happier now than she’d ever remembered. Deino! Ahhhhhhhhhhhhhhhhhhhhhhhhhhhh.
Poll up in the Alola Dex thread for one shot/alola dex entry I should work on over the summer. Closes on the 17th of May.

Just then, another volley of black lightning shot from the cloudless sky and into the square--the next wave of newcomers had arrived, among them a Cranidos, Riolu, Roselia, Charmander, and Shinx.

She said the latter with waaaaaaaay too much excitement, but didn’t care at all.
Poll up in the Alola Dex thread for one shot/alola dex entry I should work on over the summer. Closes on the 17th of May.

When Cynthian opened his eyes, he was shocked to see a family landscape. Treasure Town. He used to visit this place to request help from explorers or to assist in expeditions.

Cynthian's last visit had been almost a year prior, so he felt rather nostalgic. Even the air smelled the same. Were there going to be the same people he knew in his world here as well? Would he find Wiggletough and his secretary, Chatterbox? Would he find Nora nearby?...

Most likely not. The environment was familiar, but a lot felt out of place. It was not the same Treasure Town he knew. Cynthian didn't know whether to be relieved or disappointed.

Cynthian snapped out of his thoughts and noticed the others around him.

"Oh, so you're the others. I'm Cynthian. Let's try to get along," Cynthian greeted, though he failed to hide his somber expression. 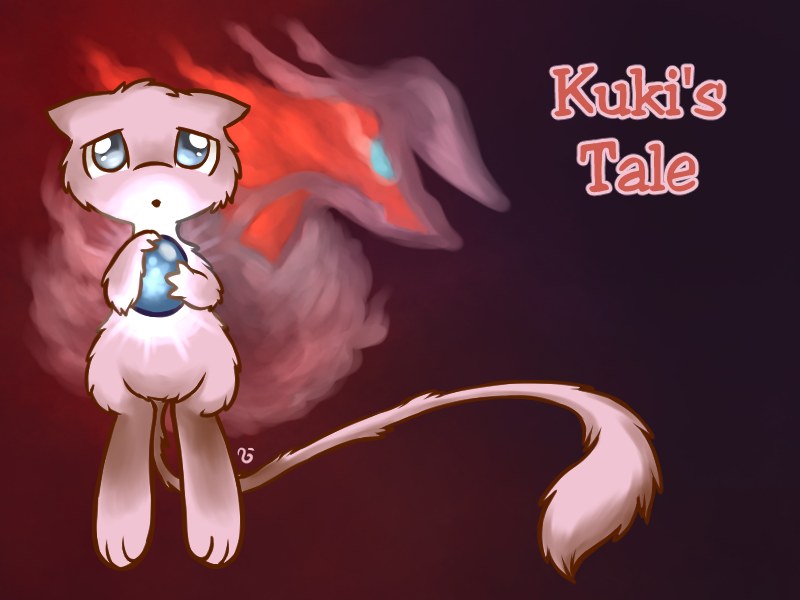 The amazing story banner was made by @Cresselia92!!! Give her art and stories some love!

Cabot blinked as he took a moment to adjust to the sudden change of scenery. He'd been teleported plenty of times before in the past, but it had never been anything like this.

The Cranidos took a good look at his surroundings as some of the breezy sea wind blew into his face. For a world that was supposedly so far away it certainly seemed a lot less alien than Veritas City. He noticed the group of Pokémon ahead, in particular the Golett and Deino coming up to him, who surely were the ones Diyem had already sent ahead. Cabot was about to go up to greet them back, when he noticed his claws. He took a good look at them and then quickly inspected the rest of his body out of alarm, realizing what Diyem had meant before sending him off.

Dave shook his head, tried to rise to his feet, and... couldn't.

He blinked. Black paws. Out-of-focus muzzle. Oh, shit. This was familiar. He was a Poochyena. Wasn't that a dream?

"Uuugh. I'm a fucking dog again." He pushed himself up on all fours. It didn't actually feel entirely unnatural; he supposed he did have... some level of Poochyena brain. (Oh God why.) Experimentally, he tried walking in a small circle. No real mobility issues or anything. He wasn't sure how he was doing it, but he was. He wondered how whatever was going on here had just rewired his brain to make this work in a skull that was far too small (ugh, Poochyena were fucking tiny, weren't they), and then stopped thinking about it because it would only make his head hurt. Science was dead, nothing made sense, he was a dog now, what-the-fuck-ever, this was fine. They'd just go and rescue that Charmander and figure out what was going on with the Magikarp and then, maybe, maybe, he could go home and sleep for a fucking week while Jean hopefully wouldn't burn the house down. Maybe.

Dave sat irritably down on his haunches and looked around at the others waking up, all Pokémon now, the Jigglypuff desperately confused. "Of course there's wind, it's just, you know, the fucking wind. Do you live in a cave or something?"
~Butterfree/Dragonfree/antialiasis of The Cave of Dragonflies

My art Tumblr, where you can find my slowly improving daily drawing efforts since 2016​

Weak. Fatigued. That was what came to Necrozma's mind upon arrival. Diyem... he had stripped away most of Necrozma's powers. That blasted stooge! When he got his claws on him—

Necrozma's brain prism rattled in his frame. Ignoring everyone's awkward introductions, he focused on the warmth all around him. He looked up. Had he had a mouth, it would've gone agape. Moonlight. Soft, blue light all around him. It tickled his crystalline form. With a grunt, he rose higher and higher into the air. "Light," he murmured. "I must have it..." Necrozma raised his arms high. The glow of the moon condensed around him. The cool blue disappeared into his black body. His core steadily brightened, projecting an aurora all around him.

It was as if he was finally scratching an itch he previously couldn't reach. A content sigh reverberated around him. Even if he was going to die, at least he had some light in the end.

That didn’t look good. While everyone else was too busy waffling about their own names and species, all of them but Zane, who cleverly stepped away to hide from intr—keep watch over the group, saw the threat at hand. “There!” he shouted.

Pointing a claw wouldn’t stop the crystalline monster from... whatever it was doing, though. He needed to take action. He grabbed some poochyena by the ruff of its neck and hurled it at the charging monster.

The day would be saved.

Something small and fluffy hit him in the back. Necrozma didn't even turn around. "For the sake of your own survival, please do not throw your allies at me. They need to be at their top fighting strength." He continued to siphon away more light. It was so delectable. He couldn't get enough.

Dave had no warning before he was suddenly yanked from the ground and hurled through the air, splatting into the big angular monstrosity that'd just appeared. He tumbled to the ground and landed flat on his face. Everything hurt. "Augh! What the actual fuck is wrong with you?" he snapped at the Zangoose, only realizing belatedly a second later that he was growling and fluffing up his fur. He flopped down on the ground, dragging his paws over his eyes. "Oh my God. What the fuck."

Was he going to be acting like a dog for this entire thing? Why. This couldn't be over soon enough.
~Butterfree/Dragonfree/antialiasis of The Cave of Dragonflies

My art Tumblr, where you can find my slowly improving daily drawing efforts since 2016​
Threadmarks
You must log in or register to reply here.
Share:
Email Link
Top