The White Elephant in the Room Playground

Through all the commotion, someone knocked on the door. “Ththththorry for the interruption,” Sevanna shouted from the other side. “I wath juththt looking for a hoodie my friend left behind. May I come in?”
Rich (BB code):

Lee glanced at Tabitha for moment, then turned his head to the door. "Come in."

Shiny Phantump said:
Abigail glowered at Tabitha. "I can't say anything about my partner for their own protection, stop asking me about it!"
Click to expand...

"Well, now, THIS makes it sound as if your partner is still alive! So I think we can safely say that it was not Palkia." His eyes roved over the ghost Lycanroc and the Oshawott. "I take it, then, that one of you is partnered with her. And don't you realize what that does to yourselves? One of you has clean hands in this. If you take me out, you'll be outnumbered. I never intended to kill Palkia; he killed himself. And now that my power has been used to kill someone innocent, I have no more protection against whoever DOES kill."

His gaze rested on Gen and he put his face close to the trembling Oshawott. "How about you?" he asked softly. "You've not done much since you've been here. You've been terrified, filled with self-loathing, offering little assistance to those around you and only offering protection to yourself and Abigail. Is that what you've been up to all along? Is that why she comforts you? Are the two of you working together?"

Tabitha looked at the Seviper slithering in through the door.

"Just how much did I miss while I was asleep?"

Sevanna retrieved the hoodie, thanked Lee for letting her in, and left with it in tow. She said something about letting Palkia know Zeke was sorry if anyone happened to see it, but the current discussion drowned it out. The light dimmed soon after she left, and the votes began to tally on screen, but the hearts from before didn't show. In fact, the background was barren.

That didn't last. A kangaskhan bound up to the screen and smashed the tally-board to pieces. She rolled her eyes and leaned back to let her kid pop his head out of her pouch. he slapped his snapback to the side and pulled his sunglasses down to glare at the party. "Yous all judge, jury'n exec'?" he squeaked. His mother closed her eyes and nodded with shame. A courtroom materialized around them. "'Ell then, we ou'ht make this'n a prouper kangaskhan court, eh?"

He dove into his mother's pouch and popped back out to toss a gavel to his mom who slammed it down and declared, "Order! Order in the court!"

"Ye, 'at's roight!" the son shouted. "All right, who's we gots here?" He pulled a paper out of his pouch and pushed his sunglasses back on to read it more clearly. "Lessee, yous all been votin', eh?" His mother nodded, so he started looking down the list. "We got votes for miss-soz, mister Tabitha?" Gen gulped. "Lee, Ab'gail... Gen."

The poor kid couldn't help a squeak of guilt. How many people had they already voted out? So many innocents, was this just one more? He couldn't place it, but some sense of trust in Tabitha slipped into his core. He couldn't shake it. "Ye, 's'what I thought," the babgaskhan derided. "I sentence you t'one present opened, see?"

"No!" Tabitha shouted. In all his crimes, all he'd done for Team Magma, every atrocity done for the sake of the world's future felt like taking an extra cookie from the jar compared to this. He couldn't bear to see Gen go. Out of nowhere, he suddenly loved that kid like he would his own. More, but he could do nothing to stop Gen's present bursting open in a flash of light and taking Gen away. Before night came, everyone saw an assortment of board games in Gen's gift. While everyone else went to their rooms, Tabitha clutched Gen's cape and present while sobs racked his body. He shouted apology after apology, but none of them brought Gen back. 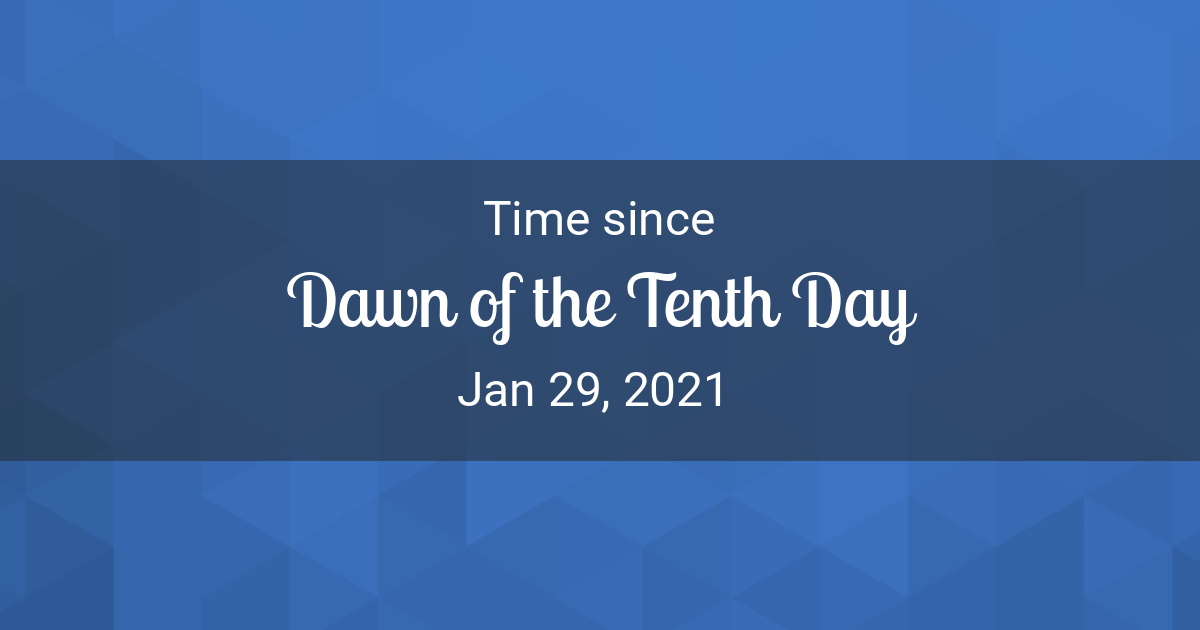 Dawn of the Tenth Day

The sun never came to light the sky, as usual, and the mountain had enough of that. It was snowy, cold, beautiful, and it deserved a light source, dammit. The ground shook with righteous beats and slamming synths funky as they were fresh. The ground shook, rumbled, the peak of the mountain falling to bits until a massive ball of mirrors shot out of it, colored lights trailing behind. Nobody could resist these tracks.

Everybody got up in unison, the spirit of dance assassinating their need to sleep. It wasn't time to sleep.

Abigail grumbled as she got out of bed. What the hell was happening now?
Elegy for Humanity​

"I don't..." Lee blinked, wiping dark trails off his face. "I have no fucking clue what is happening..."

Damn. She'd been doing well at silencing the noise in her head. This music would make it harder to starve the Nihilego. Music inspired emotions. Emotions fed the Nihilego. Feeding the Nihilego prolonged this nightmare.

The music was killing her ability to sleep, so she looked around instead.

Her eyes settled on an unwrapped gift. Blankets, and a photo of someone she could only assume to have been Gen with his human family. It was a shame that he was no more. Really, none of them were worth mourning, since they were all figments of her imagination... but Gen had been a comforting figment, if nothing else. She tried to pick the photo up in her not-hand, before switching to telekinesis to hold it up. She was pretty sure sentiment wasn't something Nihilego could feed off of, so there was no harm in keeping it.

She wished she could change the music to something more befitting her current mood. If she was going have music forced upon her, she wished they could at least speak to her somber state of mind.

Best she returned to her room and put her pillow over her head. Perhaps, if she was lucky, it would take the edge off the noise... And then perhaps, she could silence the thoughts of figments who shouldn't mean anything to her and resume her attempt to starve out the Nihilego.
Elegy for Humanity​

"Fuck this..." Lee waited all of three seconds before plucking off his ears to muffle the music. Sensitive hearing and music that did not come from a natural source equaled unnecessary pain.

There was only three people left, one of which a filthy, conniving, wretched child killer. And the other, a kid that wasn't a kid that probably still didn't believe this entire thing was real. To be frank, Lee didn't blame her. He decided to go outside and see what the fuck was going on. "Abigail and the Damned Mutt, I'm going to see if I can fix this. If I'm not back, I am asking Abigail to skin the mutt and use the rest of him to fuel the fireplace."

"Why not do it yourself?" Tabitha called to Lee as the Lycanroc slunk outside. "You'll have the satisfaction of revenge; it's very cathartic."

As Lee disappeared, Tabitha placed his paws over his ears and glared at the ball of mirrors in the sky. The music was deafening, the strobe lights were going off--it was just like when the grunts partied. He didn't have the authority of being a commander here, but it was worth a try--

He stood up, inhaled deeply, and a jet of bright orange energy shot from between his parted jaws. The orange light threw everything into sharp relief as it careened through the air and collided with the disco ball.

The fire engulfed the ball, and it seemed the party would be seeing the second end of disco as the flames took over its entire surface. Yet, as the flames covered it, they, too, began to strobe and change in color. An array of rainbow fire surrounded the reflective ball as it spun, now brighter than ever before.
Rich (BB code):

Tabitha grit his teeth as he saw his attack only served to make the disco ball brighter, funkier and more vivid than ever before. He turned his face away from the array of rainbows, his eyes falling on the small Ralts stoicly holding the photo of Gen.

Tabitha walked over and peered at the photo. The small Oshawott looked so peaceful, free from the anxiety that had paralyzed him in this life.

A rush overtook Tabitha--the same rush that ripped into him every time he looked at the tablets of his family members. Why? He had barely known the child. But Gen was truly innocent--his innocence had only just started falling apart before his life was taken away from him.

Tabitha may have not admitted it, but he hoped that Gen would pull through. He hoped Gen would recognize a life besides the uncertainty and chaos of this one, would find reason to push through, would find the strength to always strive for what was better and would get to see the world of his own making: a world worth living in. But Gen never got that chance.

Involuntarily, Tabitha's chest convulsed. He bowed his head, grimacing as tears pooled beneath his eyelids.

How? Tabitha didn't know. He didn't fight Lee's accusations. Lee had been correct before; Tabitha had deliberately taken the lives of two other players in this game. But Gen had never been his target.

A tear fell from each of Tabitha's eyes. Turning, he slunk back beneath the couch, his head buried beneath his paws.

Bo-- Regular normal friend slayer said:
"Why not do it yourself?" Tabitha called to Lee as the Lycanroc slunk outside. "You'll have the satisfaction of revenge; it's very cathartic."
Click to expand...

"It'd be even more cathartic for her to do it. At least for me, it might be traumatizing for he, probably. I don't know how she'll react to killing a bastard," Lee shrugged.

Of course, the mutt went and made shit worse. Nothing but flashes of grey and red as far as the eye could see. And that god forsaken music just got louder and louder, despite Lee taking off his damn ears! But, there wasn't a better fix for a bullshit situation than hitting something really hard.

Lee stomped on the ground, causing a sharp stone to jut out from it. He broke the stone in half so it was about the same size he was, and chucked the stone as hard as possible at the giant disco ball. It sliced through the air like an arrow through a knee; hopefully powerful enough to cut this disco ball adventure short. 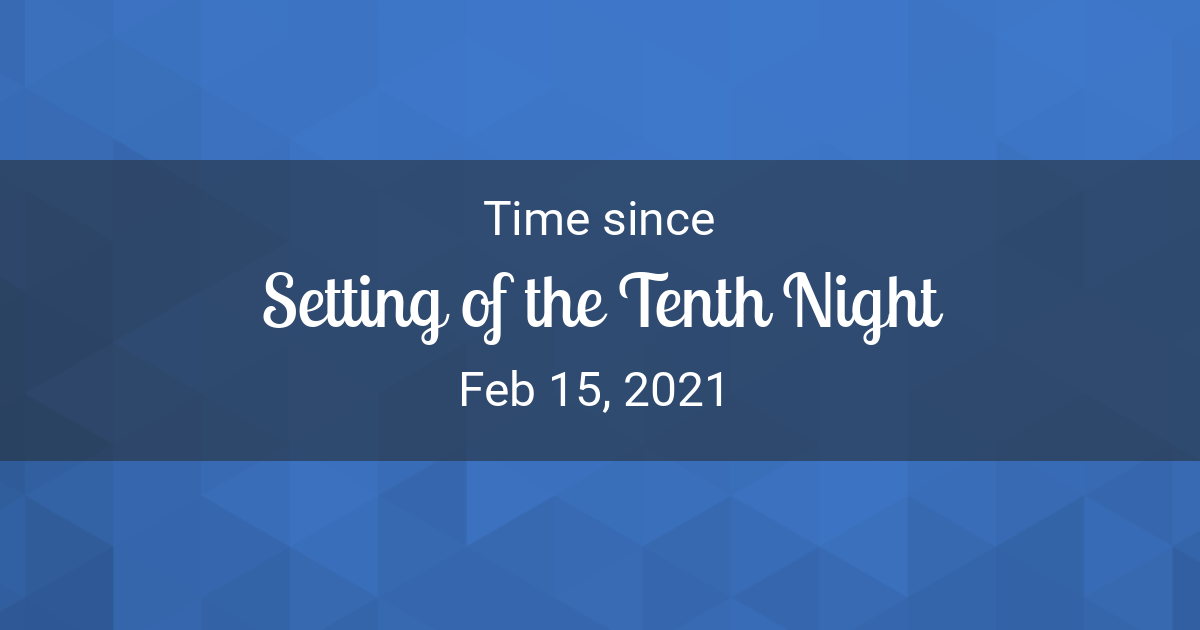 Setting of the Tenth Night