Cold, windy, and surprisingly bright. Those were the three main descriptors of Destiny Village, the main and only large settlement on the Mystery Continent to the far north. It was a gathering of talents and was typically a very exclusive place to live, let alone visit. Visitation policies were strict, and outright immigration stricter, and it was undoubtedly only because they were saving the world that Team Spectrum was allowed to enter at all.

The ground was paved and in pristine conditions, to the point where several Pokemon could hear their hooves, claws, and so on clacking against the stone. The buildings were all modern and well-constructed, and it looked like it would take quite a bit to knock any of it down. All of the Pokemon here seemed to be, in some way or another, decently powerful, or with someone who was. Compared to Treasure Town, there seemed to be mostly fully evolved Pokemon here, though there did appear to be a few kids sticking around with their parents. There were significantly more kids in the northeast portion of the city, which seemed to be the quiet residential district.

Far to the east was a great building in the shape of a colosseum. Every so often, loud roars and cheers came from it, even from so, so far away. As well as the occasional thundercloud or fireball. Far west was the tall, tall structure of Destiny Tower, a spire made of white marble whose top was obscured by clouds and a bright light, like a weaker, second sun. Down south, according to nearby maps on bulletin boards, was a library, and apparently nearby Destiny Tower was the Guild... apparently named 'Poppin' Arms Guild' for some reason. Diyem must have conjured the pun, considering the lackluster humor.

But perhaps most incredible about Destiny Village beyond the typical population and gathering of talents was some of the most notable residents. Flying over the sky, often during the evening, was Yveltal. No longer required to watch over the Time Gears, the Lake Trio often took strolls down the roads and nobody thought it anything special. Several canine Zygarde patrolled the streets, giving anyone who stared a friendly smile.

<><><>
​
Maple stepped through the portal and left room for others to come in behind her. "Welcome to Destiny Village," she said to the others. "I'm told that you get used to the cold fairly quickly."

Gotta go back. Back to the past.

Bahamut still held Cosmog in his arms. "... light. Need the best source of light." There were towers in the distance. They'd put Io closest to the cosmos. To their light-filled embrace. He started floating in their general direction.

(Banner by @Cresselia92 )
"To see a World in a Grain of Sand / And a Heaven in a Wild Flower,
Hold Infinity in the palm of your hand / And Eternity in an hour."
~William Blake, "Auguries of Innocence"
​

Maple frowned, following Bahamut. "You're heading to Destiny Tower," she said. "There is a great light at the top, yes... That is the light of Arceus. Though, all things considered... I think he would agree with your approach." She looked back to the others. "If anybody would like to follow him, do so. I need to check up with the Guild, for anybody else who needs orientation."

Mellow walked through the portal at some point in time, her pack filled to the brim with berries and other plants. She took a quick look around, then tugged at a strap, tightened her scarf, and walked away from the town and into the hills with no sign of faltering.

"Where will we be sleeping?" Cabot asked quietly. 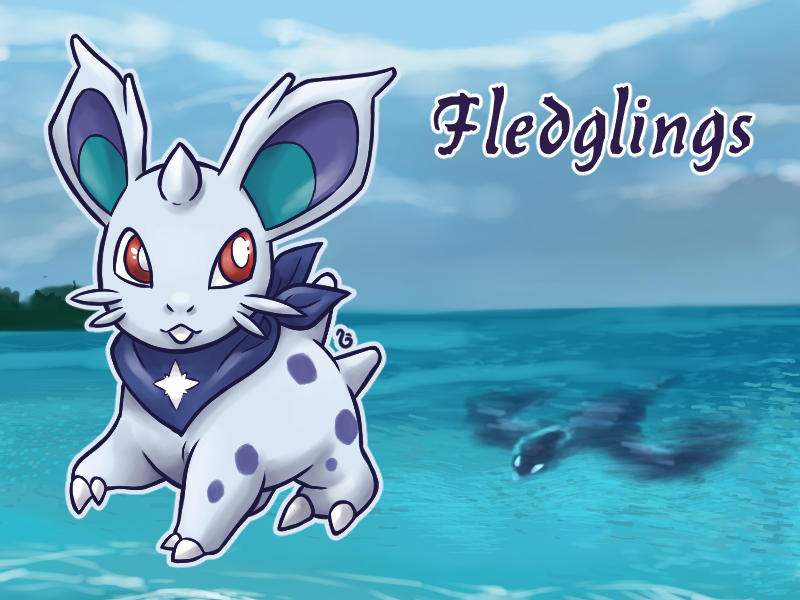 Cino looked around, first at the smooth and pristine ground where he could almost see his reflection in. The big colosseum, where all kinds of Pokemon entered and left, and the sky-high tower of pure white with some sort of light shining from above.

Normally, Cino would be out and about in here, exploring everything and one of the first who would be going away from the main group to get to see everything this place had to offer. But not this time.

He stayed with the group, seemingly unimpressed by the brilliant and beautiful Destiny Village.

I am useless. Weak. This body is too fragile.

Thoughts haunted his consciousness, the shadow-y corruption hadn't worn off yet. Neither the cheers, nor the kind words of those who were fighting against the machine helped calming his shadows down. Even with his Radiant Protection he was powerless.

Everyone is stronger than me. It's unfair. They didn't even need me to attack. Everyone else was getting help, except for me.

Maple said something to the group, but he wasn't listening. He was too frustrated, too angry to care what she had to say. When will this go away?

Am I even a hero like them? Am I even supposed to be here? I'm so weak.

Cino tried to hide his shadowed thoughts from everyone. He just hoped that his voice was still the same.

For the time being, we have set up homes for you in the Guild that is located here in Destiny Village. You will be living in the second floor. It took a great while to set up rooms for you all due to the... numerousness, as well as the sudden notice of everyone here, but it will have to do while you are all being observed." Maple eyed Mellow as she continued to walk away, sighing. It was safe in Destiny Village, at least. She could afford to let her go for now. "...Cino, was it? Are you feeling well?"

He is not, though I doubt you can hear me, Diyem muttered. Cabot, what in the world happened there? I still cannot see within Sky Peak. The Dungeon is too powerful with all the Shaymin that supposedly live there.

Cabot looked down towards the ground and remained quiet. He silently stood there for a moment as tears began to form in the corners of his eyes, before finally responding to Diyem.

I... tried to kill everyone.

...Hm. I see. Diyem was quiet for a short while, then said, Then you were attacked by something capable of Shadows? ...Cabot, if you will allow me, I would like to view your recent memories. It will give me a better picture.

Cabot let out a heavy sigh, still looking down towards the ground.

There was a long silence while Maple checked on Cino more closely, and then Diyem hummed in Cabot's mind.

I see, he finally said. Whatever is attacking Cibus... is much more sophisticated than I had given it credit for. That machine looked like... me. It was a replication of some kind... somehow...

Cino noticed that Maple looked at him more frequently. Could she read his thoughts? He wouldn't deny it; she could create portals nigh instantly which could reach over to all the other continents, probably. It wouldn't be out of the question if she could use some sort of telepathy.

He tensed up as he was about to answer, praying that his voice wouldn't sound like Nanab or Pine while they were in control. "No, it's... everything's fine-" Cino coughed. "I'm... I'm fine."

Maple looked unconvinced. "...Everyone in that battle took quite a lot of damage, physical or otherwise, Cino. Don't try to hide an injury if you have one." She shook her head again, frowning. "Those Shadows were corrosive to everyone. Even I felt some of it... I had to keep my distance."

No amount of training will get you anywhere. Just give up.

Cabot didn't respond to Diyem, not that he had a lot of thoughts on his findings anyway. That machine was destroyed and finding out who built it was the last thing on his mind right now.

How was he supposed to go on like this? He doubted that anyone on the team still wanted to have anything to do with him, or be eager to fight alongside him for that matter. It's not like he could blame them either. Who on the team would still want to work with him after the awful stuff he said and trying to kill them all? Let alone be his friend.

Cabot, Cino, you know I can feel negativity. And these feelings... they are coming from something artificial. Do not let those Shadows manipulate you further. They are tricking your mind, lying to you.

Maple sighed quietly, nodding at them. "You did well, Cino. Cabot, I don't think anybody will blame you for what happened there, against that machine whose sole purpose is corruption. Even Nanab and Pine had been taken over, and they once defeated an embodiment of negativity themselves. This is not natural."

Diyem did not appreciate the fact that he and Maple agreed on something.

They are not my thoughts... they are the thoughts of something else.

Ever since we fought that machine, it released some sort of miasma... I could almost smell the rot and death that came from it. Diyem... I think the shadows did something to my brain... I... I can't explain it, but it feels like there's someone, or something else inside my head.

Not even in your world are you brave. You came here to escape the evil within you. It has never left.

Cabot looked up at Maple, contemplating both her and Diyem's words in his head. He briefly glanced at Cino and everyone else from the team that was currently here, before glumly speaking up.

If Shaymin Village had felt almost like home, Destiny Village was almost the exact opposite. Rigid, stone streets. More of the unnatural structures built from cut wood and stone, built in a way that defied the chaotic order of nature.

Despite finally feeling like he'd settled in amongst Treasure Town, entering Destiny Village once again made Nip feel lost and overwhelmed. Perhaps to some, the town would feel, claustrophobic, but to Nip, it felt wide open and dangerous. He couldn't understand how anyone would feel safe in homes like these. But perhaps that's why everyone thought he was... feral.

He tried not to entertain the thought, but it wormed its way into his brain like a nasty parasite, whispering in his ear and leeching off of his insecurities. Maybe they were right. Maybe everyone was always right about him. Maybe if he'd given in and understood that sooner, he wouldn't have...

His bag shifted at his side, shaking him out of his thoughts. Glancing inside, he could see the stone housing his shade wobbling, probably reacting to his thoughts. For a second, he brushed his paw against the stone before closing the bag again, tightening his grip on his bag. Right, he should probably find out where he would be sleeping for now.