Nose Club - My personal fansite about Pokémon and Nosepass!

Fic list:
pcb0000 - A trapped Pokemon reaches out to you for help. What will you do? (complete!)
Legendaries of the Present World - Short stories about legendary and mythical Pokemon enjoying life together with humans.
Go!Go! Pokecure Warriors! - Sam was just an ordinary girl. But, her life is about to change forever!

(btw, I wrote RP flavor to Bluwii after I received my role. I considered I could use it when I roleclaimed, but that didn't end up happening.)

Amy arrived to town late in the day, taking the last bus in. As a result, she happened not to pass by any of her fellow participants, tonight at least. Upon arriving, she used a phone to call her family; one of her mothers answered.

"Really? Are you able to get somewhere to spend the night at least?"

"Yeah. There was, um..." (a skeleton????) "...a person here who helped me bring my stuff in. He gave me my room information and told me where I could get food." When she said this, she glanced down at the items she had been given. She noticed she had a roommate, who was--Steven Stone. As in, that Steven Stone?

She was surprised enough that she momentarily lost track of what her mom was saying. "Oh, wait, worry." She shoved her room info into her pocket. "I got distracted for a bit. What were you saying?"

Her mom let out a worried breath. "You know how we wanted to get to you early tomorrow morning? We checked, but apparently there are issues. I'm not sure when it's possible for us come over."

"Yes. We're not quite sure on the details, but we might be delayed quite a while. Boy, I'm relieved we can get a hold of each other, at least. We'll try to call, first thing tomorrow morning."

Amy nodded, not really thinking about how speaking on the telephone made that gesture useless. "I can try to get you when I wake up tomorrow."

"Can you also call once you're settled in your room?"

Amy hung up the phone, biting her lip. The issue with the rest of her family getting here overshadowed her possibly Hoenn Champion roommate. When she reached into her pocket, she wasn't even thinking about Steven Stone at all.

She noticed there was something in her pocket--a sheet of paper--that she didn't remember having before. She drew it out, but in the process something came to her. Something ... otherworldly.

She blinked rapidly, vision blurring as she tried to read. But, she didn't need to. She wasn't sure if this presence she was now feeling had just come, or if it had been waiting inside of her for years.

It didn't matter, though. The knowledge was concrete in her mind. She knew what she was, who she maybe always had been.

She went out to her room to write out a message.

(After she called her parents, of course. Her family was still her family, even if she was Amy the Alien now.)

Find a Way Home: Two lonely autistic kids with Not Good parents discover how much they have in common as they struggle to make their way through Chargestone Cave. A character-focused fic about LGBT+ and neurodivergent friendship, dealing with themes of mental health and the repercussions of abuse.

Methods of Support: Snapshots into the lives of six Pokemon as they support their humans in what ways they can. First-place winner of this forum's Friends and Partners Contest!

Miscellaneous Flash Fic and Short Stories: Currently featuring: a Wailord returning home, two friends after a strange Pokemon sighting, the power of Kyogre as they formed the oceans, and a fairytale about Magearna and their creators.​
"ey Tony" flavour ending New

In the end, though... it was all for nothing. Every last one of our boys died out there. They put up a good fight, but the villagers and aliens were just too much for 'em. Poor bastards, am I right Tony?

...ey, what's that? Whaddya mean, how do I know any of this happened?

Sure, all of our boys died, no doubt about that. No way they could have told anyone.

The thing is, Tony, aliens don't just let things go when something like this happens. See, seems like that little village and the little villagers, were important to them for some reason. So, ey, they like to send warnings.


They like to see the fear in someone's eyes, once they realise they fucked with the wrong people.

My disguise is pretty good, don't you think, Tony?

Nose Club - My personal fansite about Pokémon and Nosepass!

Fic list:
pcb0000 - A trapped Pokemon reaches out to you for help. What will you do? (complete!)
Legendaries of the Present World - Short stories about legendary and mythical Pokemon enjoying life together with humans.
Go!Go! Pokecure Warriors! - Sam was just an ordinary girl. But, her life is about to change forever!

Ahahaha this was a fun one! Glad we all managed to pull together a town victory, and I'm glad I managed to create a scenario where I would most likely win, no matter the outcome, as I kept my Alien status close to my chest. Even still, I did my best attempt to bring a proper Town game and I hope that it was good enough for y'all. Mademoiselle was a ton of fun to play as, and I'll definitely consider her for future games (though my heart still belongs to my dumbass bastard man, Altair). Anyway, onto the post-game stuff!

As always, my notes. A bit shorter than the last couple batches due to the smaller size but hopefully enough for you to see my general ideas/thought processes.

And second, to surmise this game as a whole: 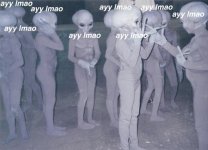 A collection of my one-shots and drabbles​

A cat that writes stories.

Different Eyes: A story about pokémorphs, identity, language, change, and a cat who becomes a person.
Hi there, I like cats, SF/F, strategy games, Mars, history, AI, TTRPGs, worldbuilding, and Esperanto. Pleased to meet you!​
Threadmarks
Reader mode
You must log in or register to reply here.
Share:
Email Share Link
Top Bottom